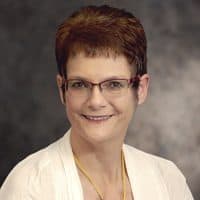 Bobbi Brown, CNM, WHNP-BC joined CPC Women’s Health Resource as the STI Clinic Manager in June of 2017. Bobbi has been a nurse midwife and women’s health nurse practitioner since 2000. She has a BSN from BGSU and a certificate in Midwifery and Women’s Health Practitioner from Frontier University in Hyden, KY. She also received her Master’s in Midwifery from the University of Philadelphia in 2001. Bobbi has been married 27 years to Don and they reside in Montpelier, Ohio. They have 2 daughters, Kaitlyn and Kelsey. Their family attends Life Changing Realities Fellowship at both locations: Edgerton and Angola. There she serves in the Café as a Champion and is active in the development of the women’s ministry, Treasured. She assists women in health care needs full-time in Angola, Indiana at Cameron OB/GYN.

Give to the CPC